Our Danforth Ave and Gough Ave Station is found in The Danforth.

Deployed in June 2016, this double-sided station has accumulated over 16,100 rides! Known as Toronto’s beloved Greektown, this neighbourhood has come a long way from its origins as a tiny community in 1907. Since, it has grown to become the second-largest greek community outside of Greece itself and the largest in North America – a testament to the area’s strong character and welcoming atmosphere. With streets lined with the unmistakable blue and white of the Greek flag, crowds come for  its international mix of restaurants, cafes and bars, especially the Greek tavernas and pastry shops, as well as a vibrant mix of specialty boutiques. The neighbourhood is also home to the landmark Danforth Music Hall venue and the annual August Taste of the Danforth, which has food stalls, live music and dancing. 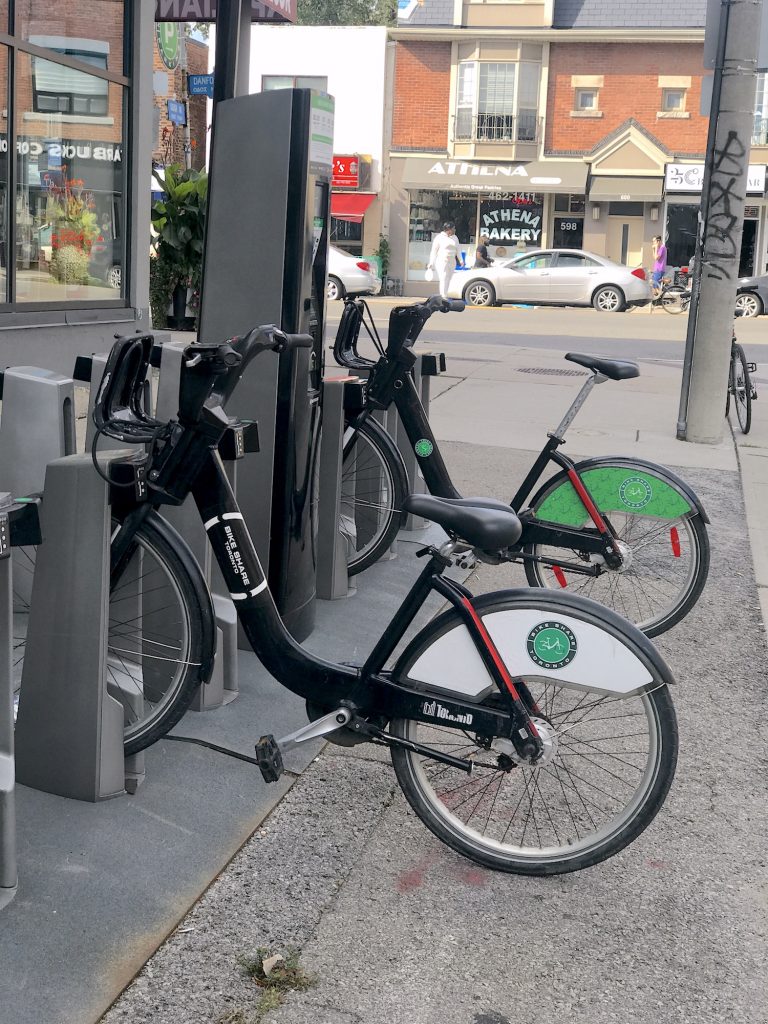 Looking for an east end adventure? Whether you’re hankering for some greek food, heading to a concert or going on a shopping spree, this area has something for everyone. Hop on a bike and pedal to our Danforth + Gough Station to check these must-do activities off your Toronto bucketlist:

– Grab a hot cup of joe at Marvel Coffee, serving up fresh pastries and espresso

– Indulge in taramasalata, olives and moussaka at Mezes or Pappas Grill, a greektown staples

– Catch a show at the historic Danforth Music Hall

– Satisfy your sweet tooth at Athens Pastries (we suggest the loukoumades)

– Cool down at Carrot Common’s shaded courtyard, surrounded by an eclectic array of book stores, cafés and an organic food market