Deployed in August 2017, this station has accumulated an astounding 52,000 rides! Nestled between Liberty Village, City Place and Bathurst Quay, this location is a popular destination for over 70,000 residents, Fort York tourists and Bentway visitors. A 43-acre national historic site in downtown Toronto, Fort York National Historic Site is a Heritage Conservation District, a registered archaeological site and home to Canada’s largest collection of original War of 1812 buildings. Constructed at the foot of Fort York in 2018, The Bentway is a unique feature of the area – transforming 1.75km underneath the Gardiner Expressway into an innovative gathering place. Offering creative programming for Torontonians including art installations, special events, special exhibitions, theatre, festivals and more, The Bentway provides “a vital artery for pedestrians and cyclists.” With our station on the doorstep, dock and explore two of Toronto’s most popular destinations. 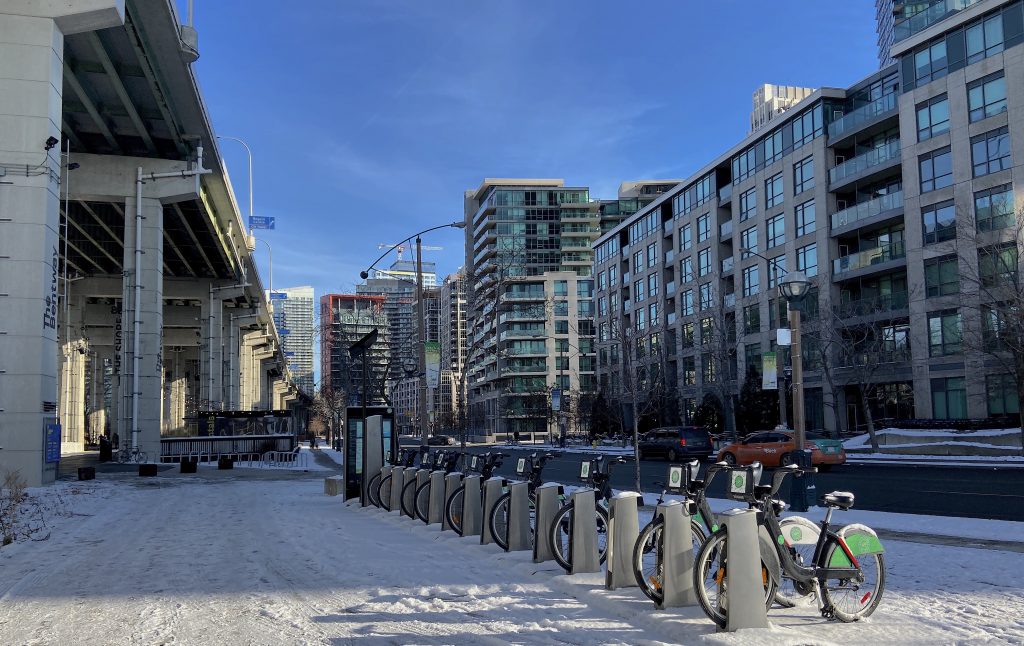 Whether you’re interested in learning more about Toronto’s history or taking in The Bentway’s year-round events, this neighbourhood has activities for one and all! Grab a pass, your pals and ride on over to our Fort York + Garrison Station to explore. Be sure to check a few off these of your Toronto bucket list:

– Stop by the Fort York Armoury to see Queen’s York Rangers Museum and Archives, tracing their roots to Rogers’ Rangers, the famous irregular Colonial unit that fought the French and their Native allies in the Seven Years War

– Keep an eye on upcoming scheduling at The Bentway for fun cultural, artistic and experiential programming