With 1000 more bikes and 90 new stations, Bike Share Toronto is once again expanding! 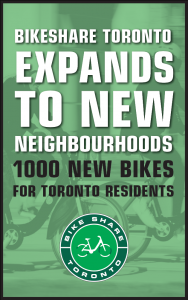 All new stations are included in up-to-date info on our System Map, as well as available on CycleFinder and Transit apps. 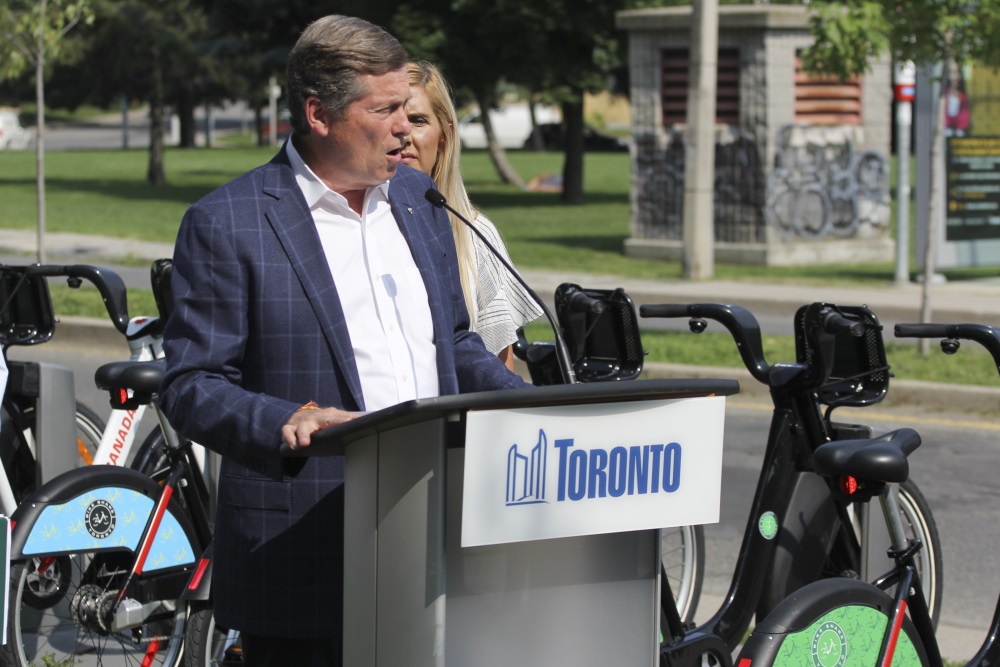 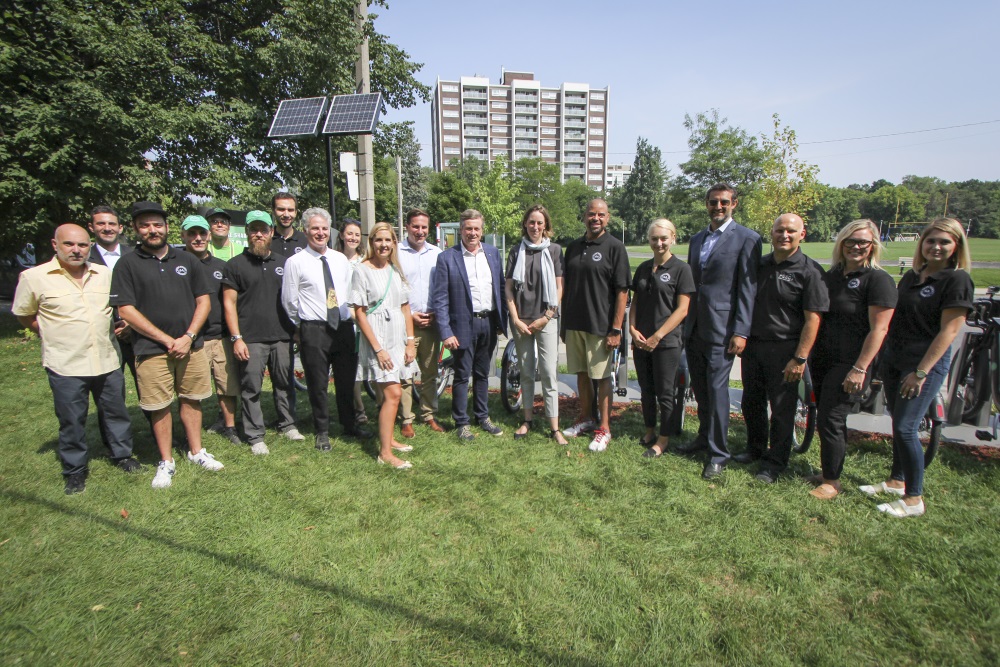 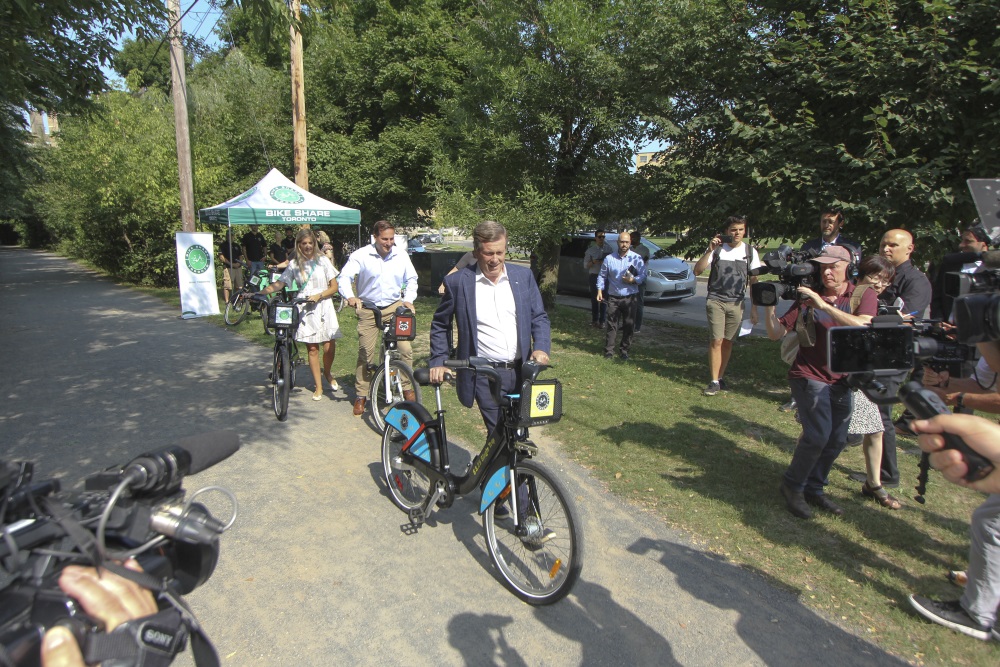 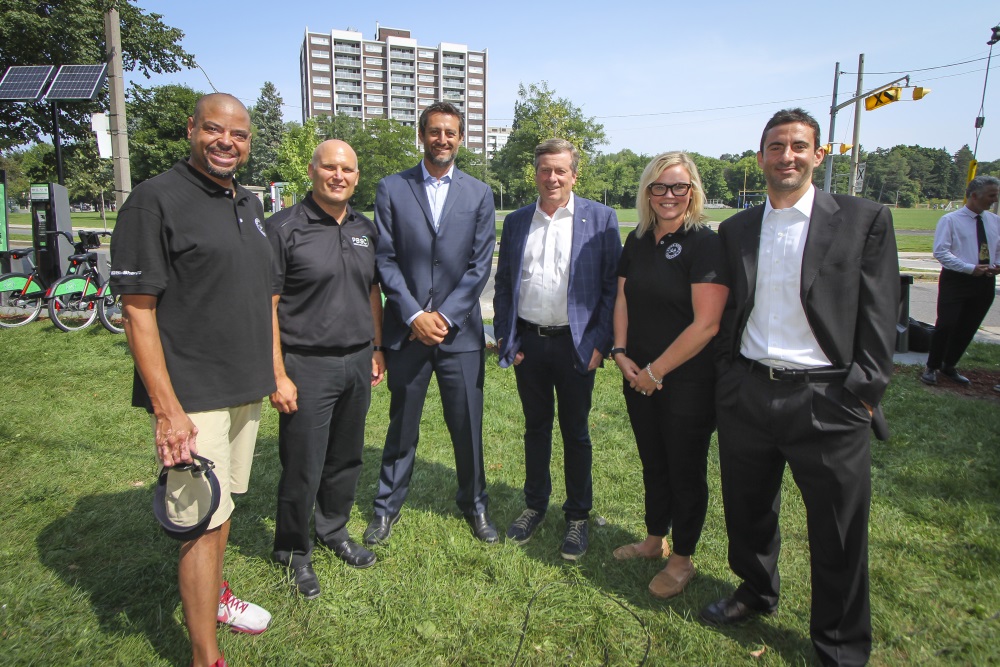 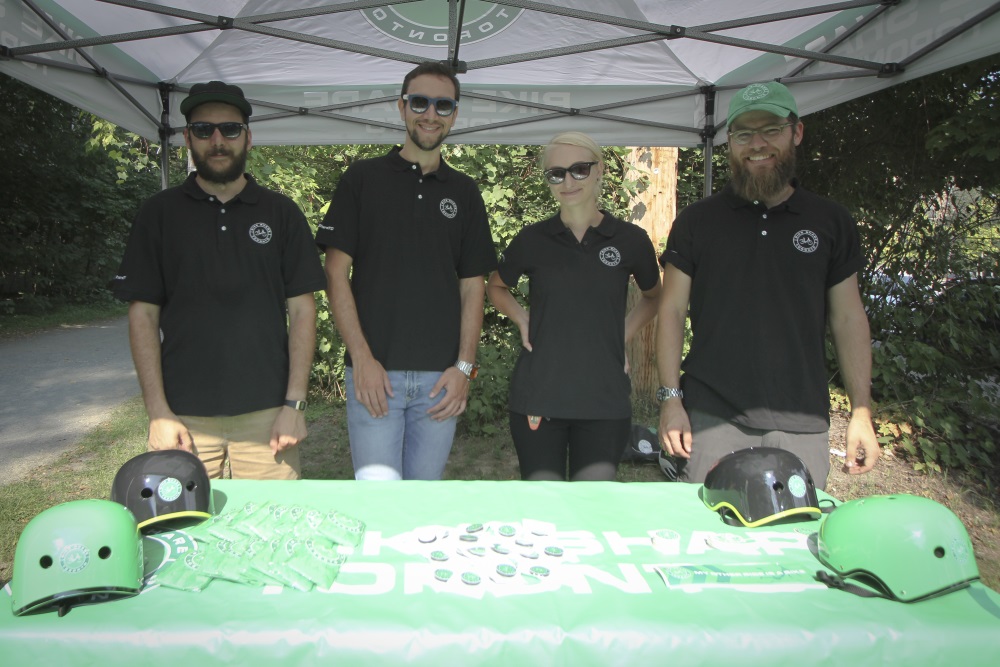 The Government of Canada has committed up to $4 million through its Public Transit Infrastructure Fund (PTIF) for Bike Share expansion in Toronto, which is matched with another $4 million from the City of Toronto. Through this funding, the Toronto Parking Authority (TPA) was able to deliver 70 Bike Share Toronto stations in 2017 and is installing another 75 stations by the end of August this year.

In addition to the Bike Share Toronto expansion funded through PTIF, Metrolinx is funding a further expansion of 15 stations through a contribution of $980,000.

The 2018 expansion will add a total of 90 new stations to the Bike Share Toronto network. As a result of both the Public Transit Infrastructure Fund and Metrolinx contributions, the system will grow to 360 stations in Toronto, with a total of 3,750 bikes, and 6,200 docking points.

“The Government of Canada is proud to support the Bike Share Toronto expansion project, which will promote active lifestyles and allow residents to have a broader range of commuting options,” said MP Mendicino. “Cycling infrastructure is a key part of the City’s integrated transportation system, providing a low-cost transportation choice and working towards making Canadian communities a greener place to live.”

“These expansions of the Bike Share network provide people in Toronto with an easy, healthy and efficient way of getting around and helps reduce congestion in our city,” said Mayor Tory. “The investments that our governments are proudly making to expand Bike Share complements the City’s 10-year Cycling Network Plan, which was approved by Council during my term and is being implemented right now, to connect, grow and renew infrastructure for Toronto’s cycling routes.”

“Bike sharing is a great option for transit users, whether they’re travelling for work or for play,” said Annalise Czerny, Metrolinx’s Executive Vice President of PRESTO. “Metrolinx is pleased to be part of a program that has so many benefits for our customers. This expansion will help more people make connections between transit and their destinations, including the nearly 200,000 GO Train and GO Bus customers who travel through Union Station every day. The Bike Share program has additional benefits for customers who use PRESTO – they receive a 30 per cent discount on their first annual membership.”

In 2016, City of Toronto Council approved a 10-year Cycling Network Plan to connect, grow and renew infrastructure for Toronto’s cycling routes over the next decade.

On August 23, 2016, the Government of Canada, the Province of Ontario and the City of Toronto announced a new federal-provincial funding agreement to keep Torontonians moving through investments in the repair, modernization and expansion of the city’s transit and active transportation networks. The governments announced that multiple infrastructure projects would get underway in Toronto thanks to the signing of an agreement with the Province of Ontario that brings the new federal infrastructure funding program – the Public Transit Infrastructure Fund (PTIF) – into effect.

Through PTIF, Toronto will receive up to $856 million in funding from the Government of Canada. These funds will be matched by the City, resulting in approximately $1.8 billion in funding to advance public transit and active transportation projects. The PTIF has been allocated to municipalities based on ridership, and will provide funding for up to 50 per cent of projects until March 31, 2020.

More information on Bike Share Toronto is available at http://bikesharetoronto.com.

More information about the Public Transit Infrastructure Fund is available at http://www.infrastructure.gc.ca/plan/ptif-fitc-eng.php .

More information about Metrolinx is available at http://www.metrolinx.com/en/ 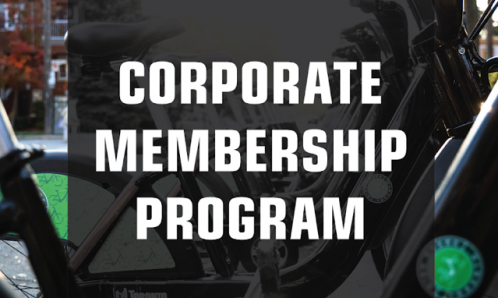 Let us help you save stress and money on your commute
Skip the Gas Pump and Swap 4 Wheels for 2!       Slowly but surely, many of us are...Read more 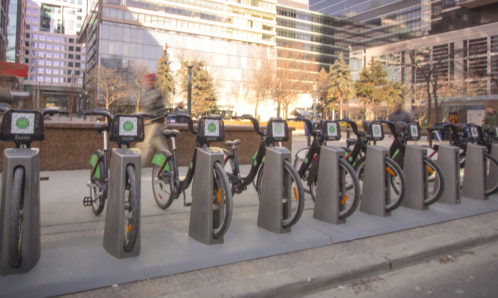 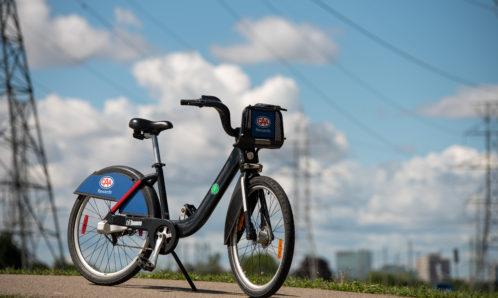