We are proud to announce that Bike Share Toronto is growing to 6,850 bikes and 625 stations.

Expanding by 1,850 bikes and 160 stations, Bike Share Toronto now spans 200 km2 of the city. Welcoming 30 new neighbourhoods to the system footprint, we are thrilled to have more riders join us on the roads. Follow us on social media @bikeshareto for live announcements regarding our new station locations! 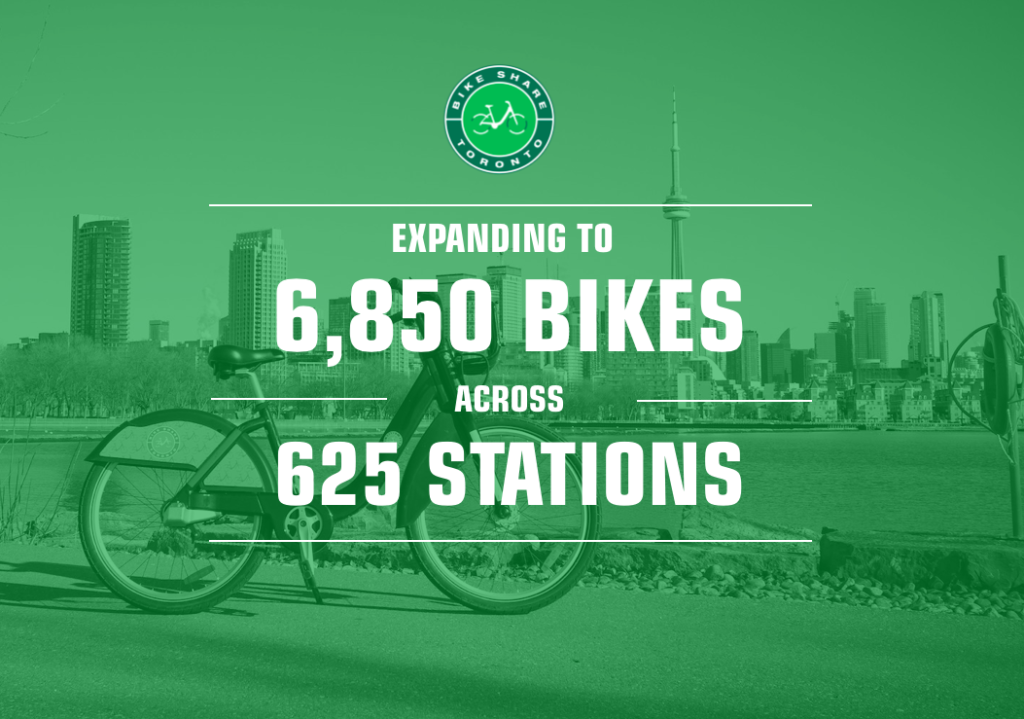 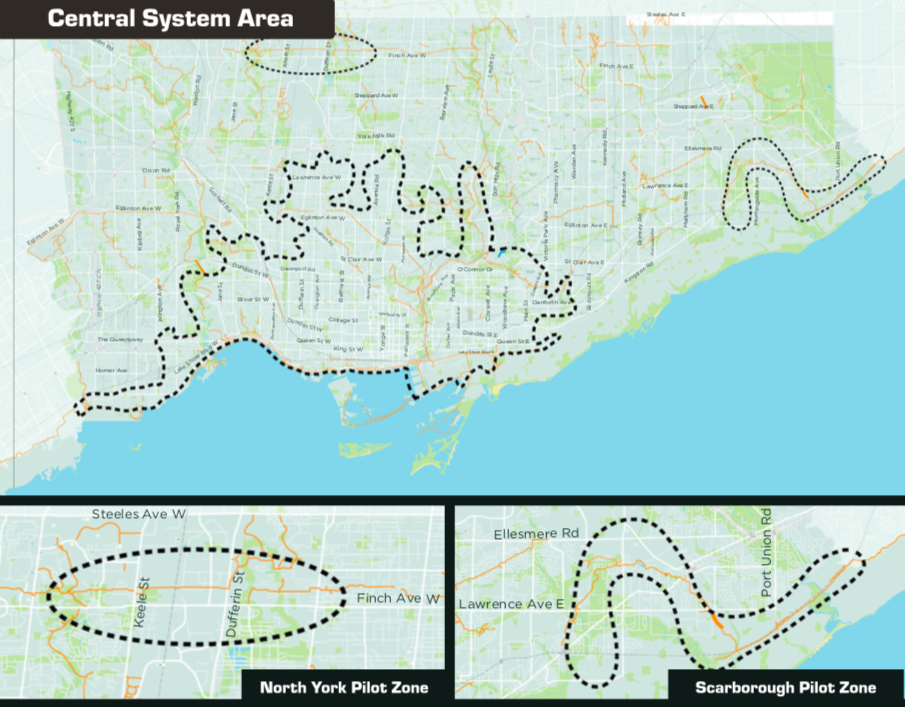 This year, the expansion includes the launch of two satellite Bike Share pilot areas – one in North York and one in Scarborough with up to eight new stations in each area. The pilot areas cover Ward 6 (York Centre), Ward 7 (Humber River-Black Creek), Ward 24 (Scarborough- Guildwood), and Ward 25 (Scarborough-Rouge Park). TPA will monitor the stations to assess their use and performance over a determined period of time to ensure that it is serving residents as best as possible.

“This announcement is most welcome during a time where residents are looking for different transit methods to get around the city. The expansion of Bike Share ensures that people in all corners of the city have access to different modes of transit and are able to take advantage of programs like ActiveTO. I am committed to expanding this program so that residents and visitors continue to have a clean, green and convenient way to get around our city,” said Mayor John Tory

In line with previous expansions, the new Bike Share Toronto locations are designed to act as an extension of the public transit system by connecting Toronto residents and visitors to TTC subway stations and stops. The Bike Share Toronto program is also in line with the City’s ActiveTO initiative, which has allowed people to get around the city during the pandemic while providing ample space for physical distancing. Bike Share Toronto stations will be strategically placed along ActiveTO routes.

“The continued increase in ridership numbers demonstrates the support this service receives across the city,” said Acting Toronto Parking Authority President Robin Oliphant. “Bike sharing is also giving us another safe option of travel in this climate of social distancing, while at the same time allowing us to stay active.”

In an effort to prioritize health and safety, Bike Share Toronto has ramped up its cleaning program during the COVID-19 crisis. As bikes are regularly in use and exposed to the environment, Bike Share continues to strongly recommend that riders continue to take the steps outlined in the City of Toronto’s COVID-19 Health Advisory when using the system. The best way to prevent infection is to follow the recommended personal hygiene measures by cleaning your bike before use.

More information on Bike Share Toronto is available at http://bikesharetoronto.com.

Office of the Mayor, City of Toronto 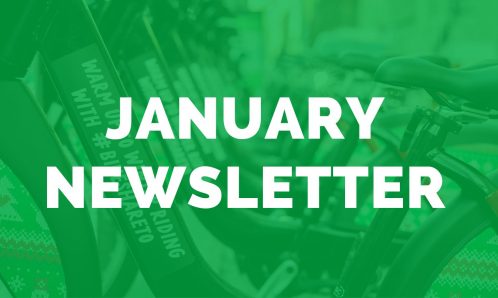 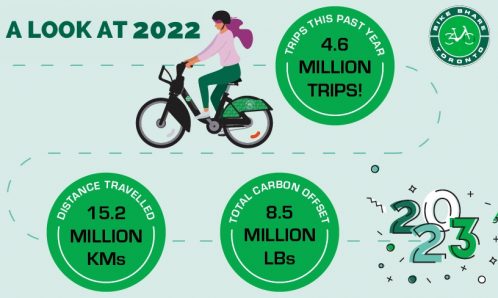 A Look Back on 2022: Bike Share Toronto
An electrifying year full of growth.   Another year in the books and what a year it was for Bike...Read more 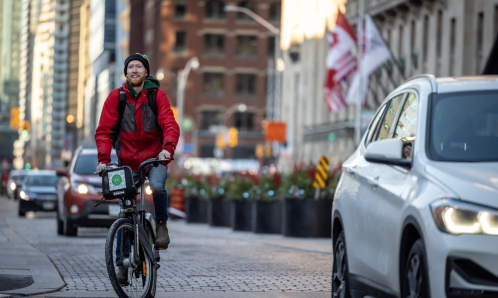