Deployed in August 2017, this SMART Station is a popular location for park visitors, residents and shoppers. What is a SMART Station you ask? SMART Stations are stations without a kiosk, accessible via CycleFinder, the Official App of Bike Share Toronto, and member keys. Tucked away between the park and a bustling intersection, this area offers a spectacular balance of sprawling greenery, stately Victorian homes and quaint independent shops. Boasting a rich history, the area north of Bloor Street was formerly part of the Town of West Toronto Junction – annexed by the City of Toronto in 1909. Now known for its diverse recreational activities, European delicacies and, of course, the park, this community serves up fun for the whole family. 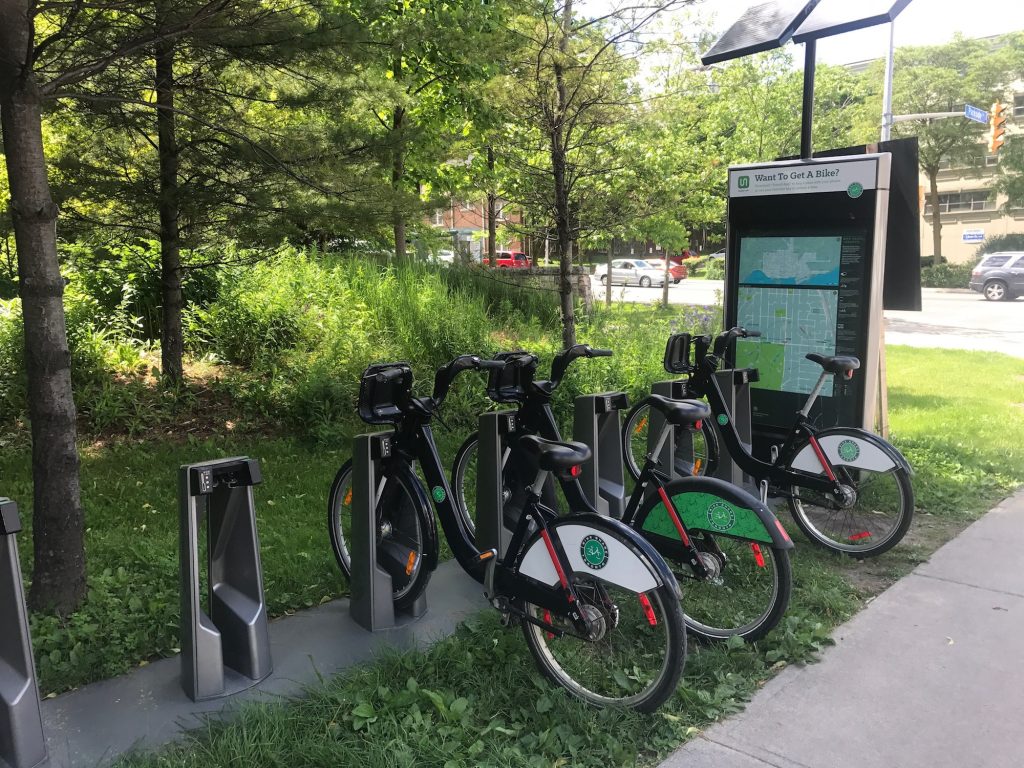 Whether you are looking to connect with nature, hit the tennis courts or relax on a patio, Parkside + Bloor W Station is for you! With stations at the North & South entrances of the park and even WITHIN the park, grab a pair of wheels and discover what this neighbourhood has to offer:

– Say hi to the infamous capybara, peacocks and deer at the High Park Zoo for FREE

– Enjoy an outdoor performance at Shakespeare in the Park

– Take an adult workshop, go on a family walk or take a guided tour at High Park’s Nature Centre