Deployed in July 2016, this central station has accumulated over 67,000 trips in under four years! Located on the doorstep of Nathan Phillips Square and City Hall, this is a very popular neighbourhood for city explorers. Opening in 1965, Toronto’s New City Hall became one of the city’s most revered landmarks. Sitting opposite to Toronto’s Old City Hall, constructed in 1889, the new site was to contain over 12 acres of land and with four distinct elements – a podium, the council chamber, 2 office towers and a civic square. The civic square, now known as Nathan Phillips Square, has become a vibrant space in the heart of the city – attracting over 1.5 million visitors a year with community programming and special events. Home to the famous 3D Toronto Sign, installed in July 2015 for the Toronto 2015 Pan American/Parapan American Games, it’s no wonder why this area is a must-see attraction for both locals and tourists. 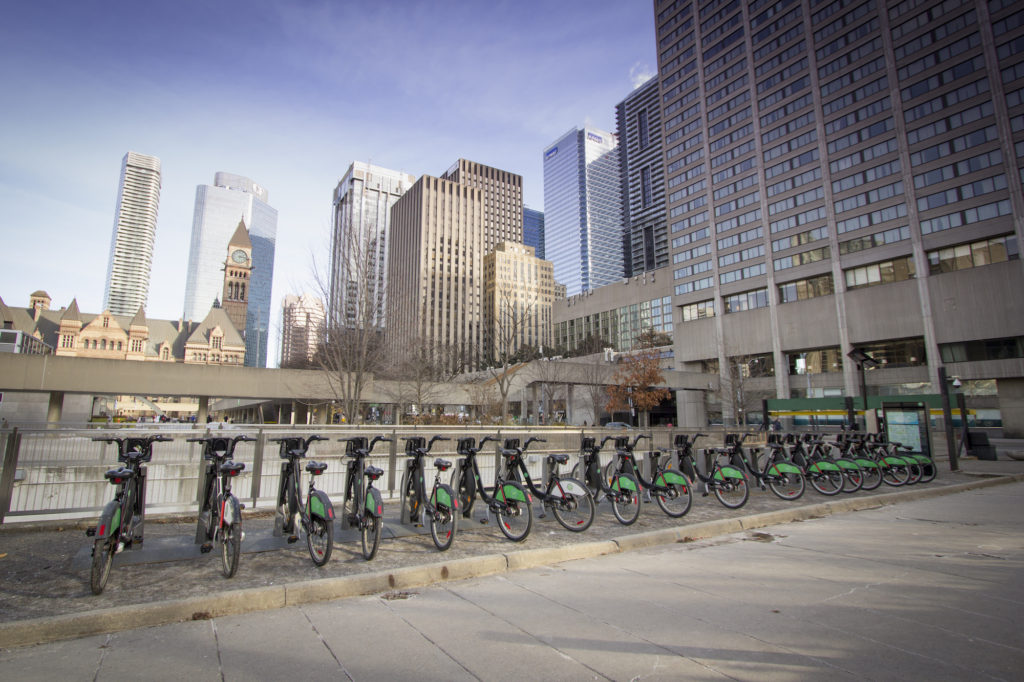 Whether you’re new to Toronto or playing tourist in your own city, hop on a bike and ride with us to Queen W + York Station to discover a few of Toronto’s most famous landmarks.

– Take an iconic selfie with the 3D Toronto sign

– Go for a quiet stroll through The Peace Garden, featuring a reflective pool, flowering trees and native plants

– Grab a hot cup of joe from Boxcar Social

– Planning a winter visit? Enjoy a skate on the seasonal rink

–  Take a stroll through the Sculpture Court